The Tianzi Mountains got the name from the nickname of Sian Dakun, who was a head of the uprising of local farmers in that area. He nicknamed himself as “A Son of a God” – “Tianzi”. The mountain borders upon Sousi Walley in the East, Zhangjiajie National Park in the South and upon Sanji district in the North. The Tianzi Mountains is one of the 4 most well-known and most picturesque areas of the Wullingyan Resort. The highest peak is 1262,5 meters high and the whole resort area is 67 square km. The weird mountains were formed about 380 million years ago from quartzite and it’s believed, there was an ocean there before.

In general, the Tianzi Mountains represent the virgin area of nature, where there’re vast savage woods and crystal-clear basins. The locals live a traditional life and all the tourists may taste their hospitality and simple, but delicious and healthy cuisine. No wonder, the locals always say: “Once you step on the Tianzi Mountains, you’ll never ever want to ascend any other summit” and “The one, who hasn’t been on the Tianzi hasn’t been at Wullingyan at all”. 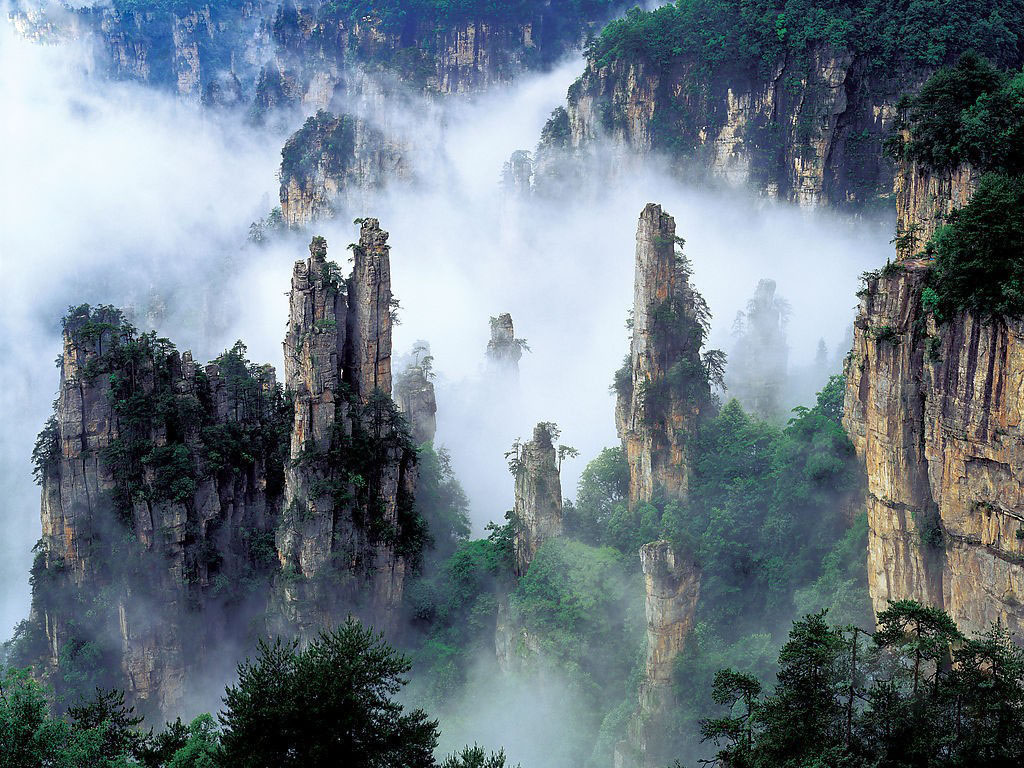 The most fascinating place to get the stunning views is Tianzi Sightseeing Platform or The God’s Son Platform. If the weather is fine and shiny, you may observe up to 2000 mountain peaks. The legend goes: at times of Hunu emperor (Ming dynasty) the rebellious peasants led by Sian Dakun encamped on the mountains. The mountains’ peaks are often compared to the army riding the horses standing there and protecting their lands.

Turn round from the view spots and go down through the trading lanes with souvenirs – you’ll get to the Pagoda, named Tianzi Pavillion on the maps. There is the descend point. You may go to the Mini-Train or to the Monkey Garden. The second route is not so popular among the visitors, as the path after White Moon Platform seems neglected. The slippery and moss-grown steps lead to the numerous abandoned tiny houses. That is a charming and secret picture. The perfect end spot for such a trip would be the natural arch in a cliff – Southern Heavenly Gate. 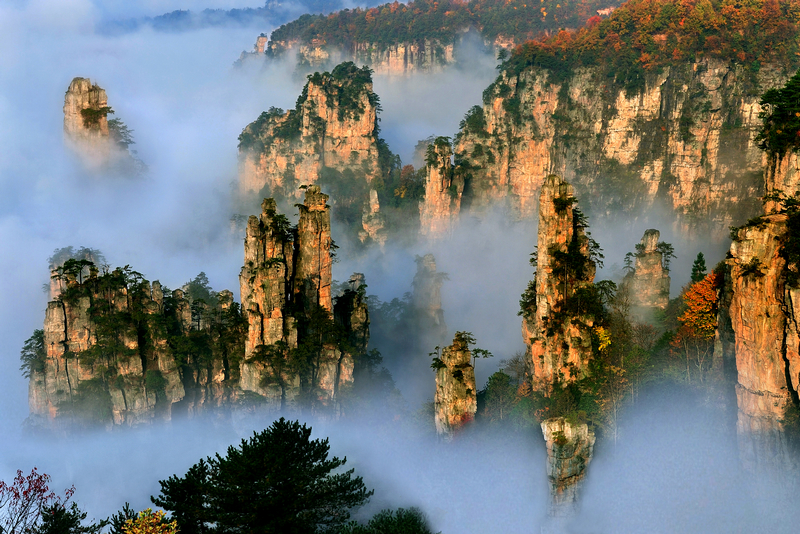 You can simply get to that beautiful place from the centre of the Zhangjiajie city: take a bus to the ticket office near the Tianzi Mountains, one trip is 13 yuan. Then, take a ride on the next bus to the mountain peak – the whole trip will take you around 2 hours. It is also worth taking a tourist bus to the Tianzi Mountain special bus stop. You’ll get awesome impressions from the two sights on your way: Chintan Gulf and Tjantjan Platform.

Mind all of the hidden views – you can’t miss them. The tourist bus won’t get you there – you should hire a guide or get there by car. Everyone, who saw the “Heavenly Army United” got breathless. It’s certainly a must see scene.

The sight is a truly art composition: 30 huge stone posts stand firmly and solemnly, as honored warriors from an ancient legend. This is that army of the Son of Heavens, as the legend tells. You may believe it or you may not, but the landscape is worth visiting. 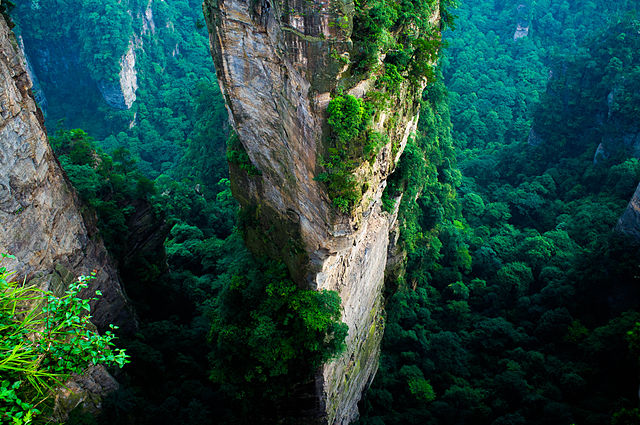 To finish the admiration of the fairytale mountains, go to the tiny platform on your way down the Tianzi Mountains. There you will get another view to save in your memory forever: the Outdoor Gardens. Of course, you won’t see any cute flowers – only giant fields and around 40 hills with emerald-greenery.

Don’t forget: recall the scenes from the “Avatar”, while observing the views – thus, you’ll get the right impression of the mountains!