Existing on outreaching hands made of stone, stretching out their cold senseless fingers outwards to the sky. There’s a reason the Meteora Monastries hold the translation of “in the heavens above”. The astonishingly high located Monasteries find their homes seemingly closer to the sky than to the living earth situated under the sandstone rock pillars they’re resting on. 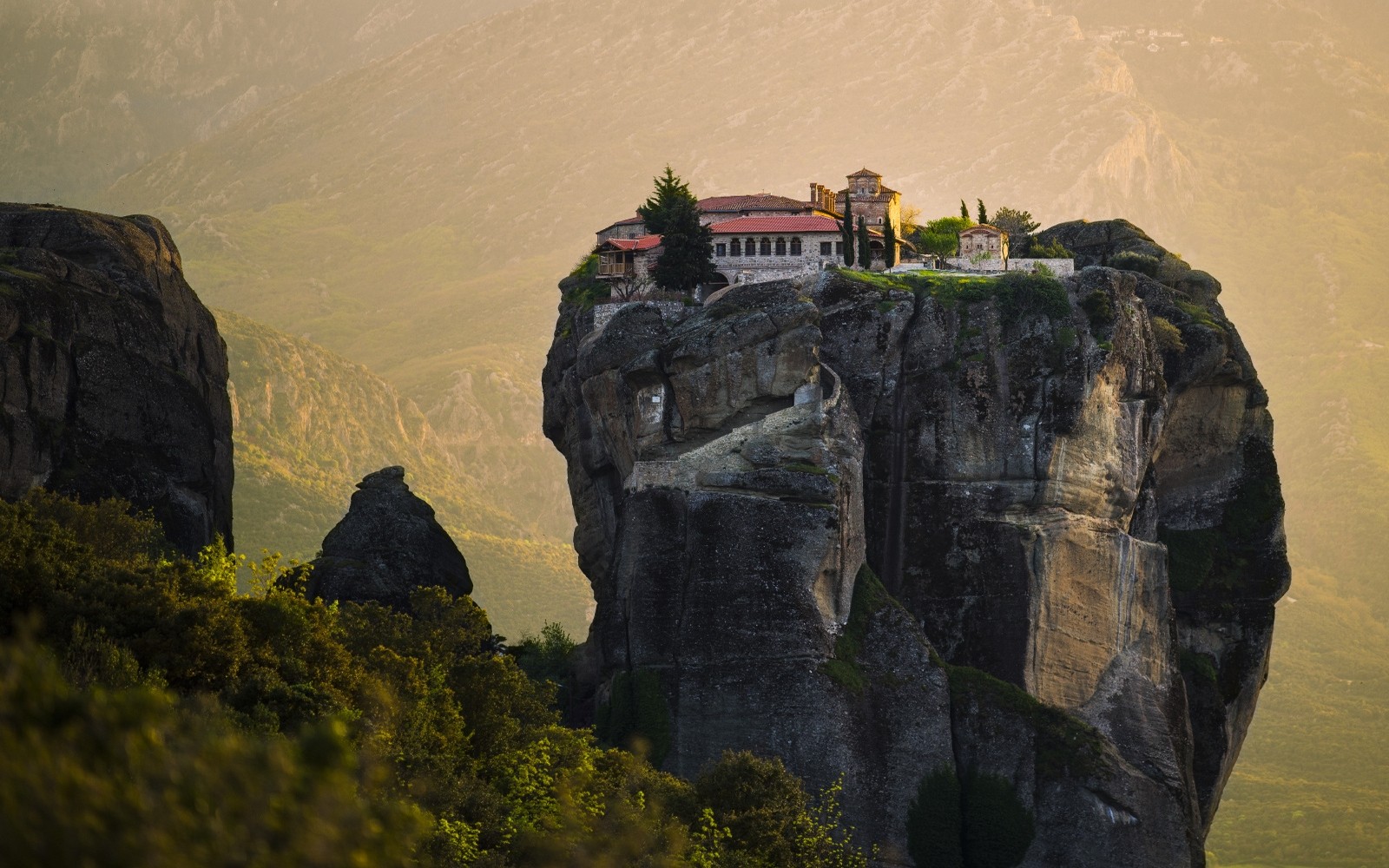 Even though the idea alone might sound surprising on its own, knowing that these distinct religious constructions rest on caves that were inhabited between 50.000 and 5.000 years ago, and thus being the oldest known example of a man made structure, is even more mind grasping. Studies hold the belief that the rocks were formed 60 million years ago, and that weathering and earthquakes hold responsibility for the shape that they are recognized for now. It also needs to be mentioned that the Metorea is listed on the UNESCO World Heritage list. 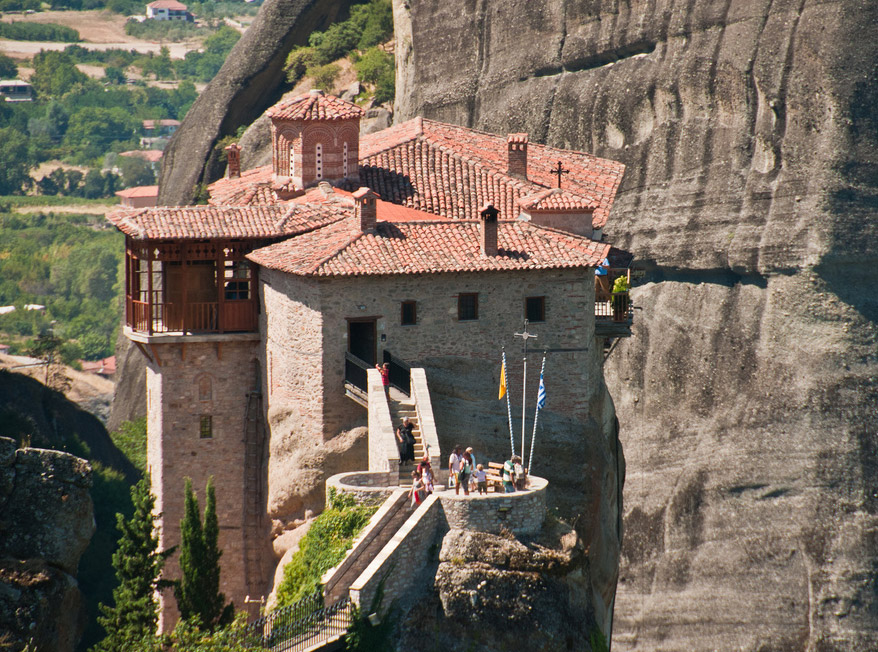 There are currently six Monasteries that inhabit the tops of these gigantic rocks. The first being The Holy Monastery of Great Metorion, this directly being the biggest and most considerable of them all. This building serves as the main museum. The other ones are called: The Holy Monastry of Varlaam, St Barbara, St. Nicholas Anapausas, St Stephen, and the Monastry of the Holy Trinity. The Holy Monastries of St. Stephen and St. Barbara are the only ones that are still inhabited by nuns.

Paying a visit to this divine spiritual place is an absolute must when residing in Greece. Providing a divergent collection of insight in religion, spirituality, nature and ancient architecture, these heavenly places are likely to pump a little bit of air straight out of your lungs. They are as breathtaking as can be. Make sure you tackle your fear of heights before visiting because the highest point of the Monastries is located at a number of 400 meters (!) above the ground, defeating the more famous Eiffel tower by 100 meters. Giving a more eastern looking sight they are a wonderful variation on the already existing heritage situated in Greece. Even non-believers will experience great profit from visiting a place like this, since the view from the surrounding scenery is so enchanting and being inside of the long existing buildings while hearing about the stories of the Monastery will, without a doubt, leave you with fascination. Being there experiencing the assemblage of a beautiful panorama, enriching stories and captivating history will glance your memory of this Holy place and make you look back with nothing but pure excitement. 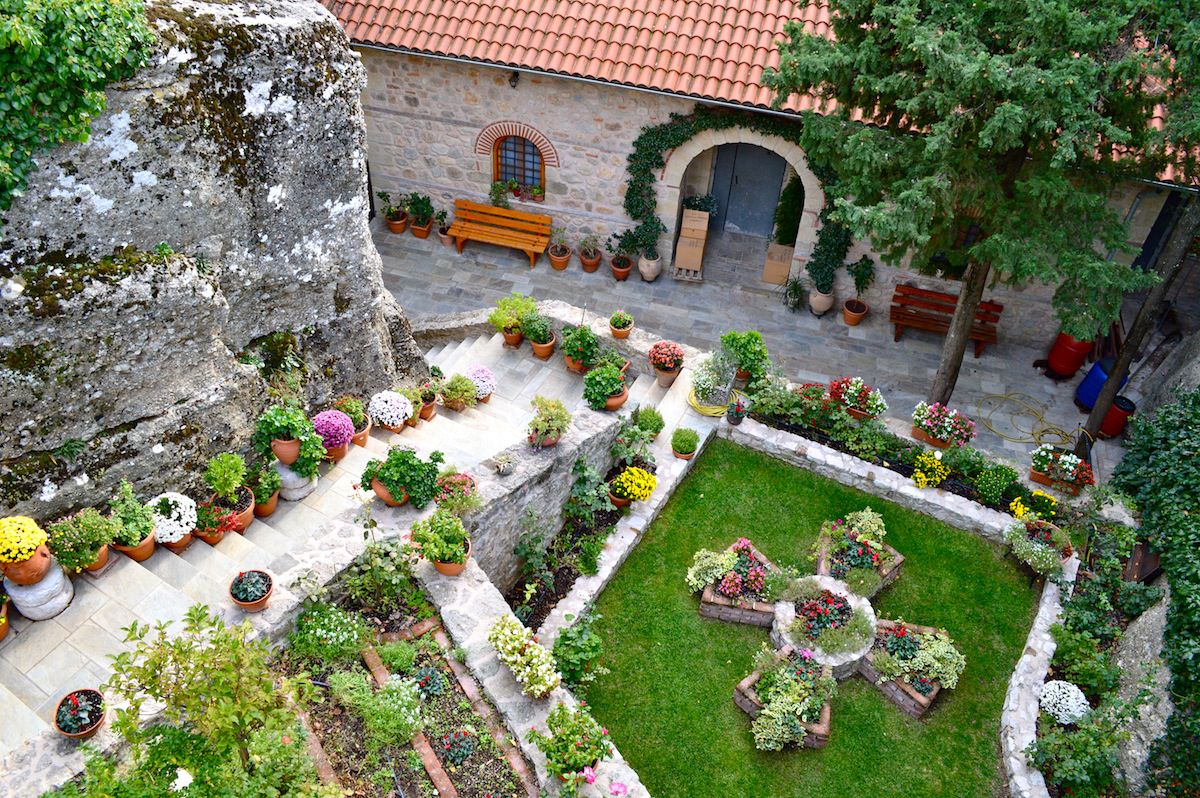 If you think about visiting the Monasteries, they are fairly easy to reach. Trains throughout the whole country can be taken to the Kalampaka station. You can also reach the location by car, even though GPS is advised to prevent people from getting lost. Taking the bus from bigger main cities is not advised since the trip could add a little bit of complexity to the journey and would also increase the traveling time immensely. The Monasteries are located in the middle of the country so the central location is a plus for a lot of visitors.