Mount Kelimutu is a magnificent Indonesian volcano in the Central Flores Island which derives its marvellous scenic beauty from the three lakes situated at the summit of craters. The tri-coloured lakes are well-known as the only place on earth where amazing colour variation takes place. At one time, the lakes appear as a chocolate pond assuming the darkest brown colour and at other times, one can observe a startling vibrant turquoise colour in the waters. 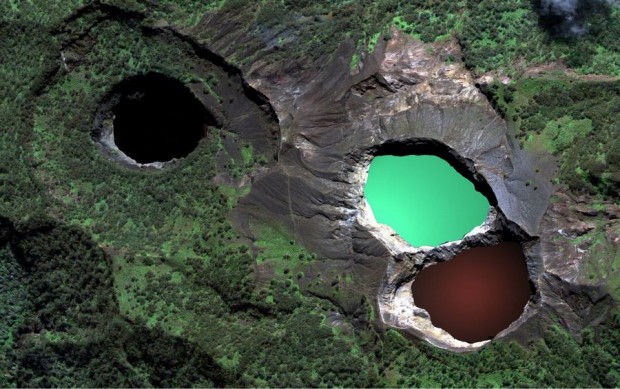 Owing to the fame earned for the most peculiar colour variation, the lakes once featured on the Rupiah-the national currency of Indonesia. Over the years, the surreal lakes have earned a supernatural reputation and consequently become a popular tourist attraction. According to a sacred belief of the locals, the colour variation is dependent on the mood of their ancestors whoso departed souls rest in the lake after death. Scientifically, it is believed that the changes in the colours occur as a result of chemical reactions emerging from innumerable minerals in the lake waters which are time and again triggered by gaseous activities in volcano, thereby resulting in an unbelievable and mesmerising variation in the colours of the lake.

The multi-coloured lakes are the most incredible wonders of the world. Lake of Old People (Tiwi Ata Mbupu) is usually blue and is situated on the westernmost side of the three lakes. The other two adjacent lakes are-Lake of Young Men and Maidens (Tiwu Nua Muri Kooh Tai) and Bewitched or Enchanted Lake(Tiwu Ata Polo). These two lakes, separated by a crater wall, are usually green or red respectively but the colour can vary unpredictably between turquoise, blue, brown and red, independent of each other. 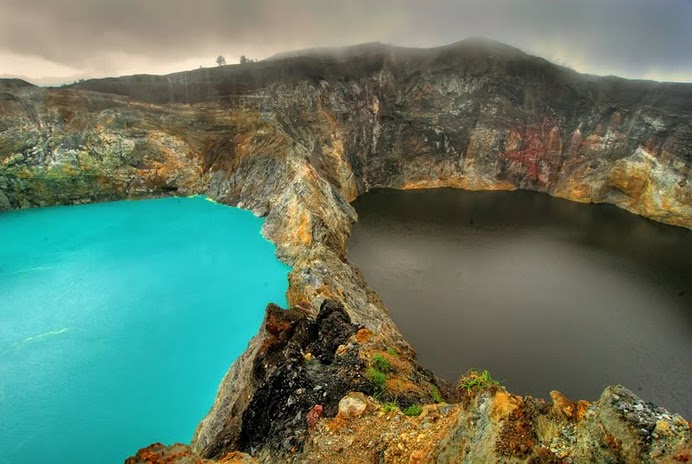 The nearest airport to Flores Island is the Ende and Maumere airport and there are regular flights between Bali and Maumere. A drive from Maumere to Moni is roughly 3 hours, the base town at Kelimut. Plentiful accommodations are available there.Speaking of hospitality and ambience of the accommodations; one can only say that simplicity of Moni is something that mesmerises tourists to the core. The reason that you can have a calm sleep on the most comfortable beds ever for rates starting from just $40/night is incredible. 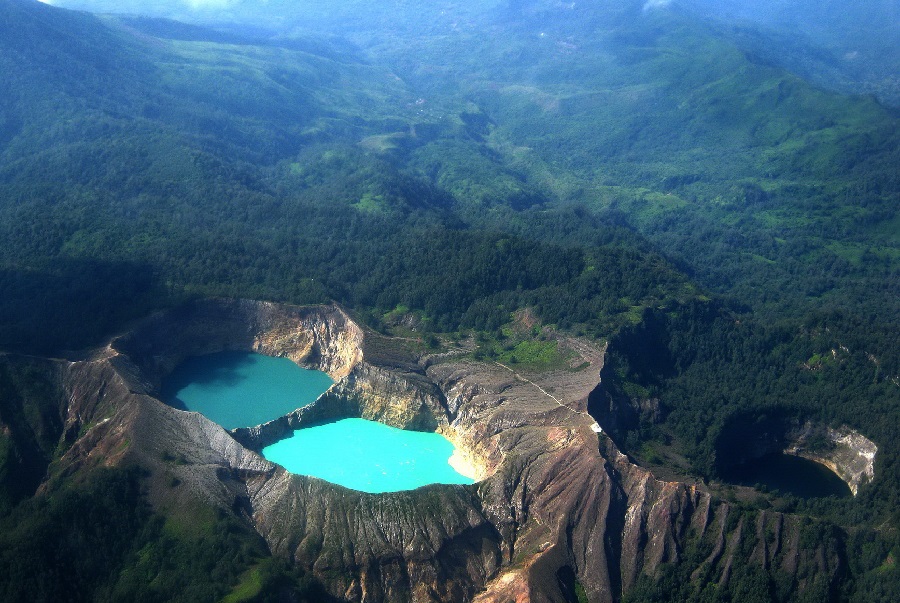 The best season to visit Kelimutu in Flores Island is dry season as during other seasons, the island is blanketed by thick fog. Thus, travellers go as early by 3.30 am to catch the sunrise when fog clears and lakes become visible.This is the best moment to see the lake, a perfect time to see the perfect place for exploring the extraordinary. 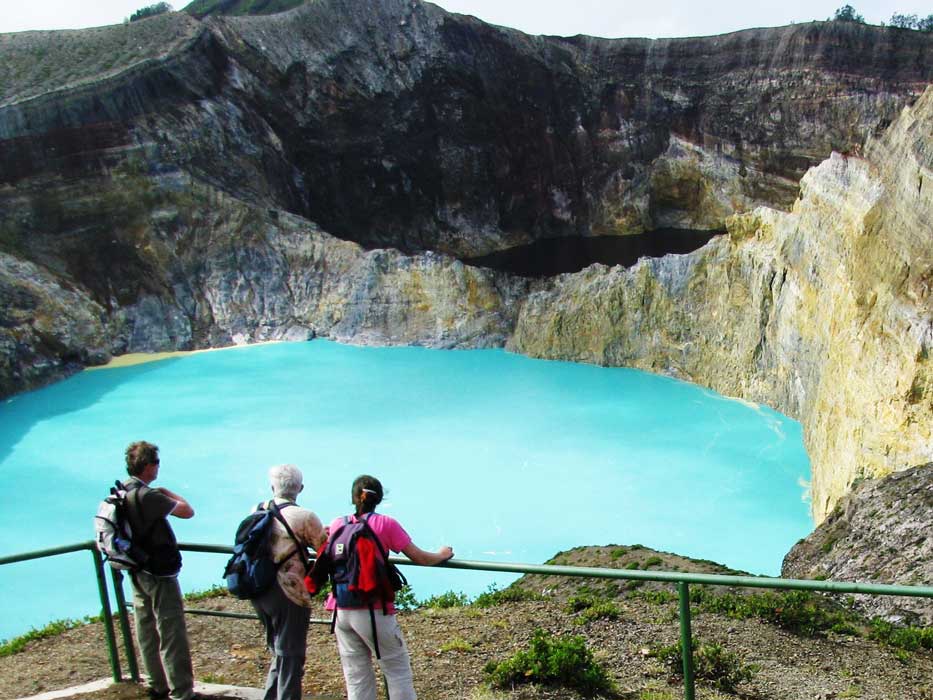 Some only dream for going to the Mount Kelimutu while others make it a reality. Being roughed by the sharp curves through 350 km long Flores Island is worthy price to witness the ultimate natural phenomena that Mount Kelimutu lakes offer. An unforgettable journey is promised, indeed.