Hobbiton, nestled in Matamata, New Zealand was set up for the epic movie trilogy Lord of the Rings boasting of rich greeneries and dream-like landscape with its natural beauty. There is such a tranquil air once you immerse yourself with the calming ambience of the place with fine trees and majestic mountains surrounding you. The stunning blue sky above itself is an ethereal beauty which adds to the air of mystery this haven possesses. Once you step into this fascinating pasture, you could feel as if you were suddenly part of the movies which were filmed in this place or rather feel as if you are inside a magical dream created by Tolkien. 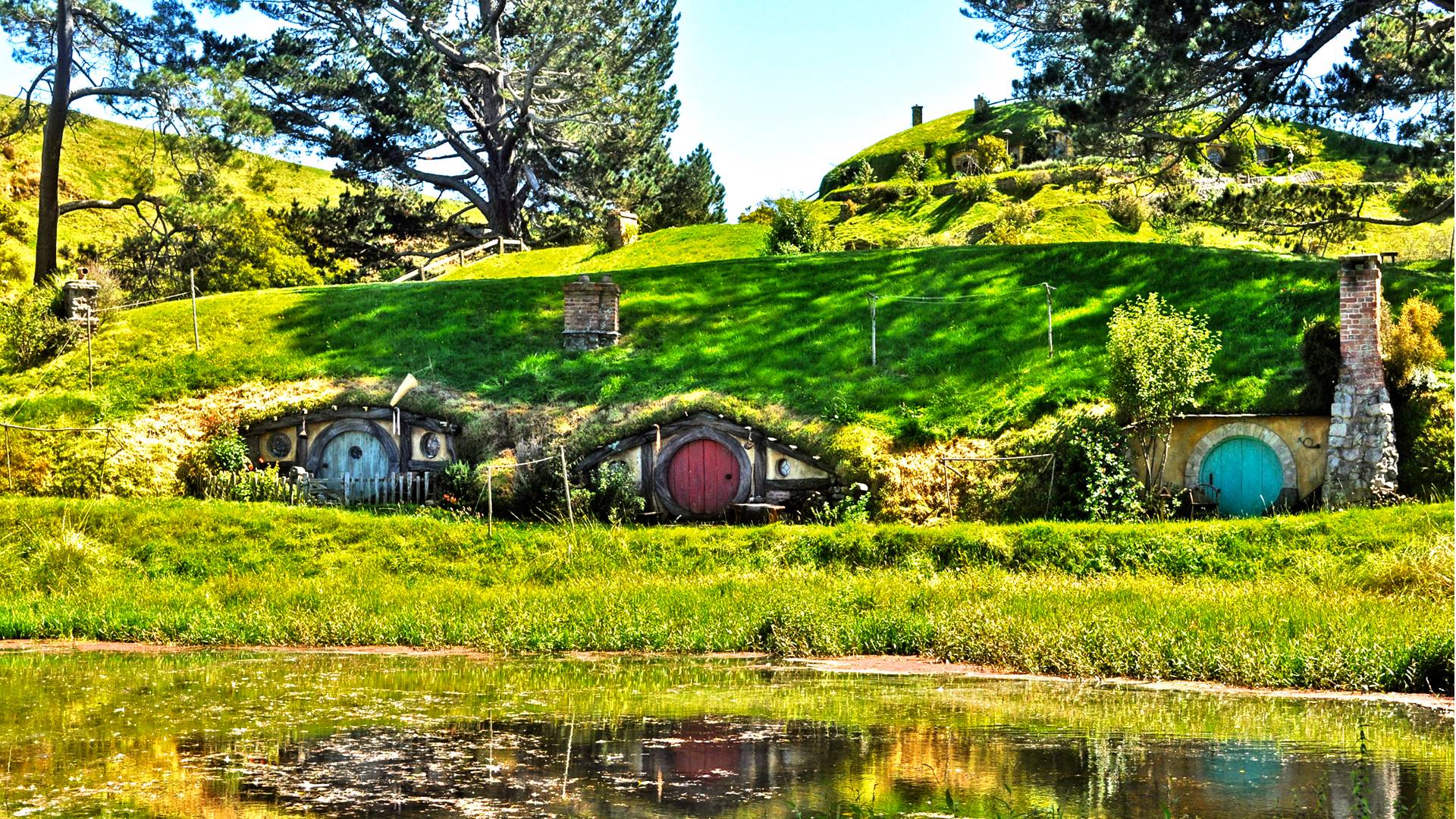 Peter Jackson, acclaimed director of the Lord of the Rings film saga chose this place which is actually called the Alexander Farm. He thought that this was truly an ideal location for the Hobbit Village, Hobbiton and he was absolutely right. 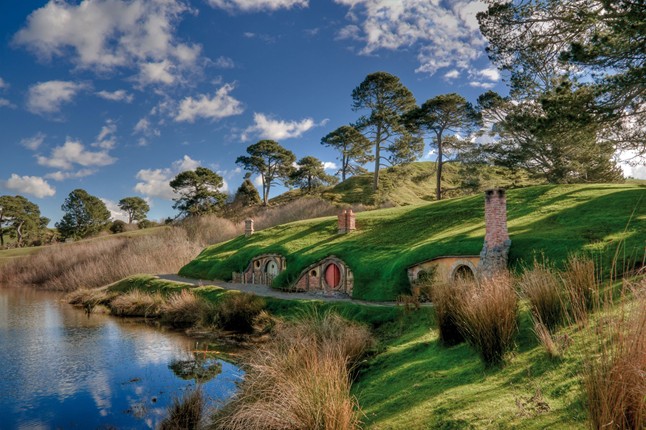 In the year 1999, the construction of the village started for the spectacular movie and was later rebuilt in 2011 for another film trilogy, The Hobbit. After the filming of The Hobbit, they decided to maintain the structure of the place for people from all over to see and enjoy. Since then, Hobbiton became one of the famous tourist destinations in Matamata, New Zealand with the mystic hobbit holes, lush magical gardens, the enchanting bridge, Mill, and the eclectic Dragon Inn. 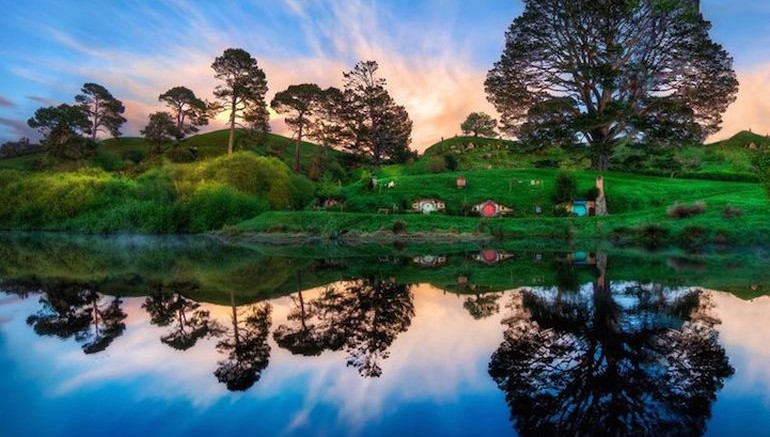 Matamata, New Zealand, homeland of the Hobbit Village is a small agricultural land tucked in the middle of the Waikato region amidst the base of the Kaimai ranges. You can get there in about 2 hours drive from Auckland. Hobbiton is not just a destination for Lord of the Rings and The Hobbit fanatics. It is also a unique scenic spot worthy to be visited by travel adventurers from all over. 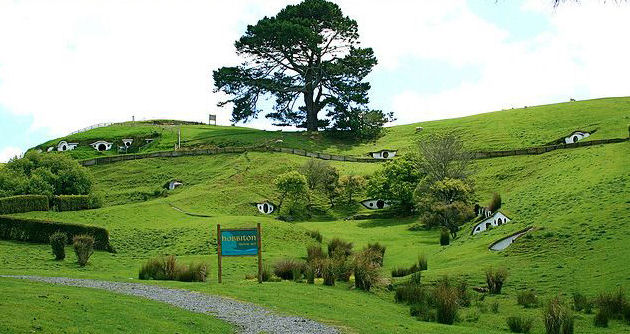 The Hamilton-Waikato region is also known for dairying and beautiful thoroughbred horses. Its mesmerizing green pastures and stunning hills straight from a postcard makes it a perfect choice to play Hobbiton and The Shire.

Avid fans of The Hobbit can explore the Hobbiton Movie Set via a guided tour. Adventurers can discover 44 unique hobbit holes scattered around the Hobbit Village which includes Bag End (Bilbo’s House). Hobbiton takes you to a fascinating world far from reality offering you an enchanting journey in a magical world. 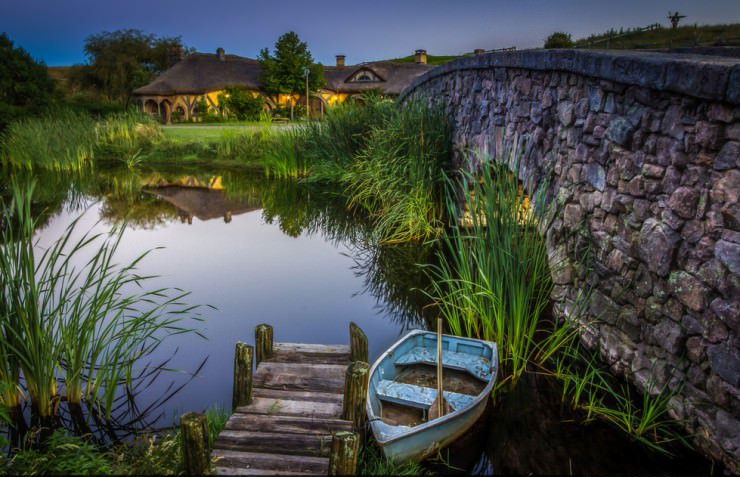 Planning for your own Middle-Earth escapade? Daily tours are available to visit the famed Hobbiton Movie Set and the guided tour begins with an exciting and thrilling drive through the picturesque 1,250 acre sheep farm giving you a majestic view of the Kaimai Ranges. Get a chance to see Bag End, where Frodo and Bilbo’s adventure started it all. Roam around the village among the scattered hobbit holes. Get to visit the Green Dragon Inn, the Mill, and the mystic Party Tree.

New Zealand itself is gifted with magnificent landscapes and coastlines which explorers can’t afford to miss once they step on its territory.