Blagaj is a village-town or “kasaba” situated in the southeastern region of the Mostar basin, along the Herzegovina-Neretva Canton of Bosnia and Herzegovina.

You can find inside the captivating and surreal, blue-green Buna River gushing off a cliff-cave, the half-timbered Tekija standing in the dainty Blagaj Village  which is considered as the main attraction of the place. Travelers can revel at the two 15th century Tajik dervishes entombed by the Tejka’s wooden interior upstairs. This marvelous wood work is paired with a fine ceiling located in the Firders room.

The Dervish complex is said to have been built during the 16th century. Legend has it that it was built as a way of giving thanks to the dervish whose St. George-style dragon slaying rescued Duke Stepan’s daughter. The complex is a place for Zikr praise-chanting held three nights per week. You can get the best view of the sanctuary from across the river on the upper level of the Vrelo Restaurant. 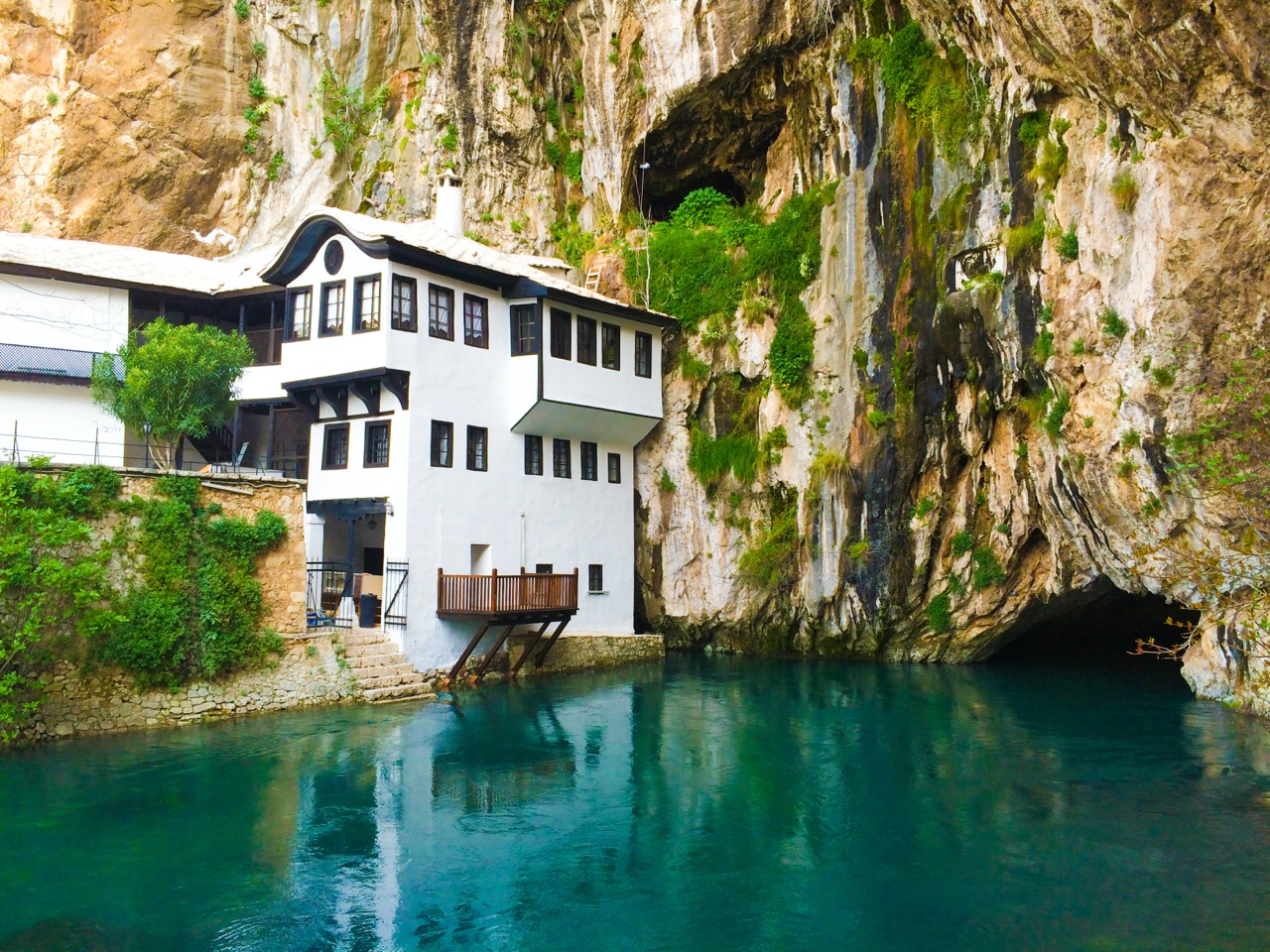 Blagaj also boasts of an eclectic and exotic architecture such as the Velagic House down a steep slope situated in Velagicevina. Marvel at the “Ottoman Room” which showcases the intricate lifestyle of the medieval ruling class of the village. Just outside the room, there’s an enchanting emerald-green island divided by a canal and mill-race. Tourists can also find there a museum of traditional tools and a “culture garden” where you can have traditional barbeque.

Another breath taking sight travelers shouldn’t miss when exploring Blagaj is the Sultan Sulejman Mosque, an Ottoman imperial mosque which is tapped as one of the natural and architectural ensembles of Blagaj. It is also called Careva, Imperial which was built in 1520 and restored in the year 1891 and one of Bosnia and Herzegovina’s oldest doomed mosques with the features of a single-spaced domed mosque. At sunset, you can view its magnanimous beauty when the inner courtyard of the eclectic mosque is gently enveloped with light.

Herzegovina alone offers a stunning environment being the land of the sun and rocks. Adventurers can experience marveling at unforgettable, mesmerizing, and picturesque landscape and ambiance, a haven on earth which is pleasant to both eyes and soul. Travelers from all over can see a great number of historical sights such as the Old Town in Mostar, Pocitelj, Blagaj, Mogorjelo, Radimlija, the fortress in Ljubuski and many more attractions. Herzegovinian museums exhibit many awesome archaeological finds and fossils from ancient history. 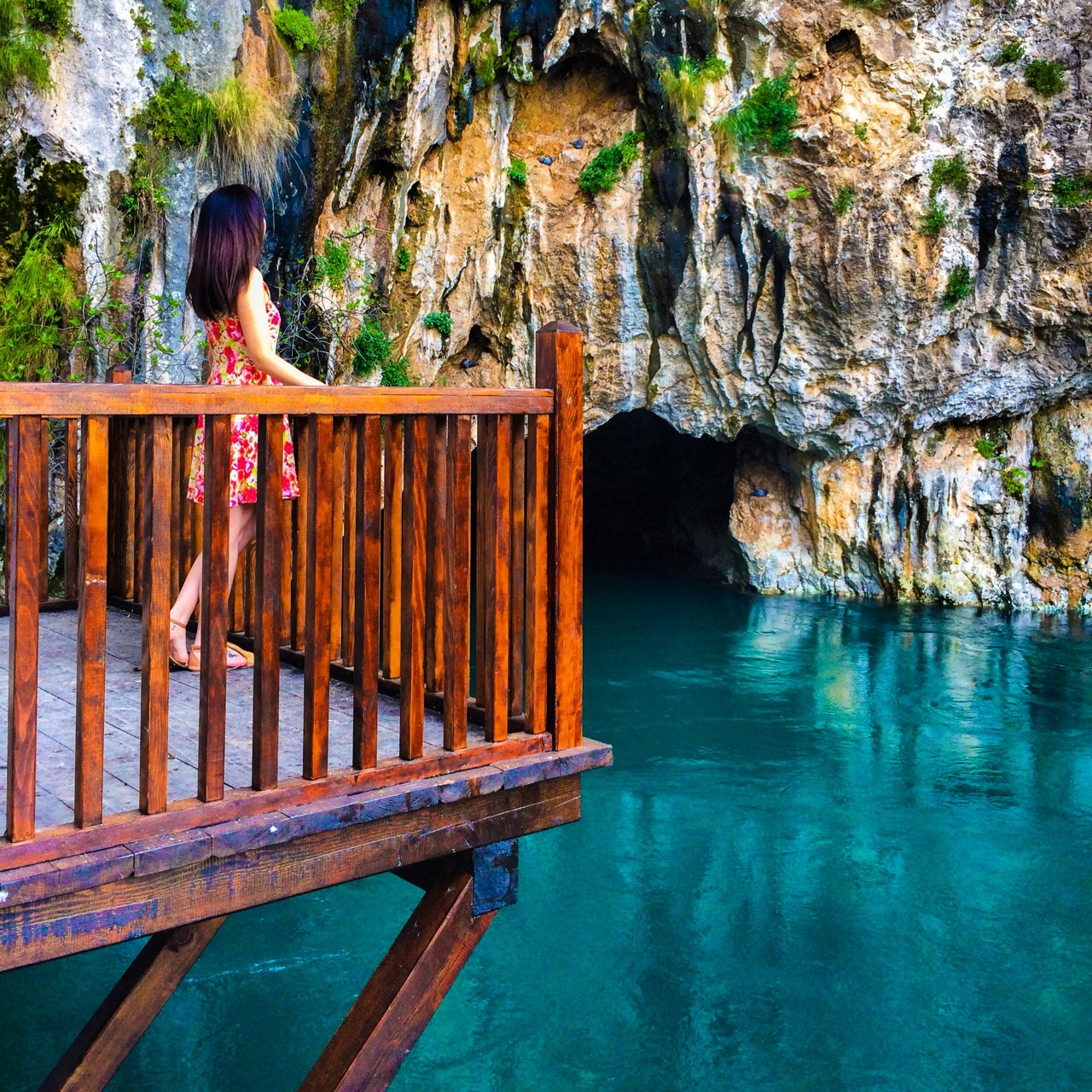 Travelers can find quite a number of accommodations while exploring Blagaj such as hotels, budget hotels, and hostels. Hotel Blagaj offers free WIFI and a restaurant along with an onsite- bar which guests can enjoy. Another feature of the hotel is free parking on site. Villa Velagic, situated on the bank of the Buna River is a guesthouse in the Blagaj Village featuring a beautiful garden with a dining terrace leading directly to the famous river. Guest House Blagaj also offers free WIFI to their guests and a pet-friendly accommodation with free parking.