Located in the western part of North Dakota, USA is the captivating Theodore Roosevelt National Park which consists of three geographically divided areas of badlands. The national park which was named after former U.S President Theodore Roosevelt boasts of an extraordinary landscape densely inhabited by wildlife such as bison, pronghorn, elk, white-tailed, and mule deer, wild horses, as well as bighorn. You can also find there various smaller mammals, amphibians, and reptiles. 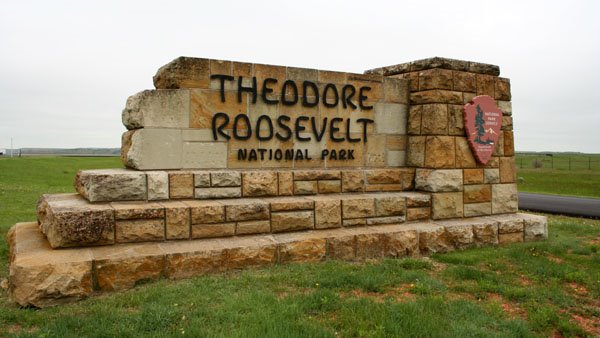 Travelers who visit Theodore Roosevelt National Park during spring time will be welcomed by a massive decoration of wild flowers enveloping the river bottomlands and its lovely prairie. Unlike other national parks, it is not often crowded giving you the liberty to commune with the lovely isolation of the badlands.

The actual history of the North Dakota badlands goes way back 65 million years ago, long before Roosevelt. Ex U.S President Theodore Roosevelt first stepped into North Dakota when he was just 24 years old with a goal back then of only dropping by to get a glimpse of the prairie and hunt for a bison. But it was the last destructive action of the future president after he realized the importance of conservation. 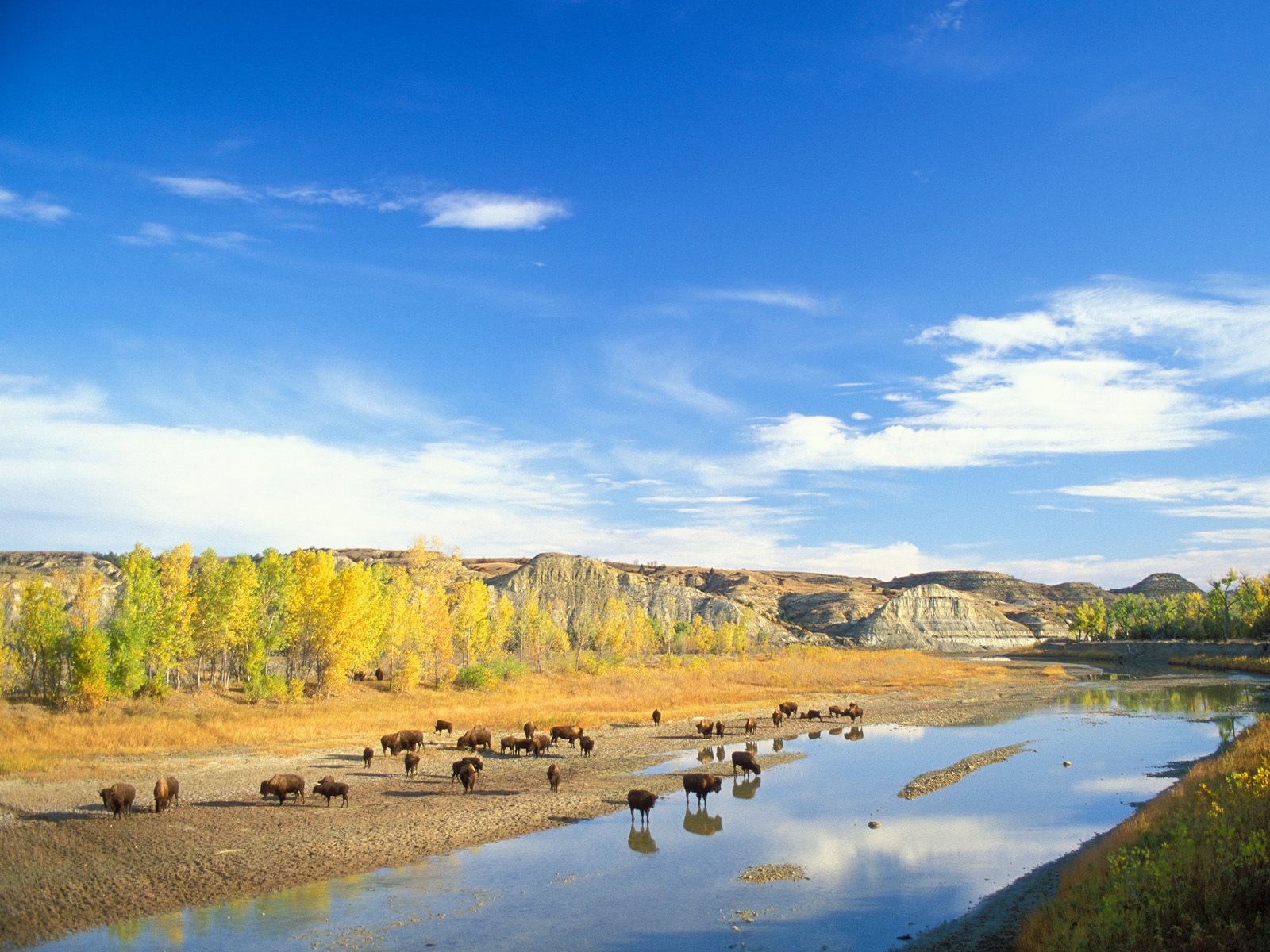 The landscape of the park was created out of millions of years of sedimentation, erosion, volcanic activity, as well as changing weather condition which range from a 100-degree summer heat to heavy blizzards which are experienced during late spring, and early autumn and was described a “pretty” by most people. The Sioux were the ones who coined this place “mako shika” or “badlands”.

Streams flowing from the Rockies started depositing sediments were later naturally carved by the Little Missouri River along with its tributaries. The end-result of this continuous deposition and erosion are splendid and stunning wild cliffs, lovely, dome-shaped hills, convoluted gullies with multi-colored, horizontal stripes of layers of rock and sediment.

Three widely separated sections divide the 70,000-acre national park, all nestled within the borders of the Little Missouri National Grassland. The “baddest” of the three sections is the South Unit located near Medora with the famous Painted Canyon which possesses beautiful wind and water-sculpted structures glowing in stunning kaleidoscopic hues. 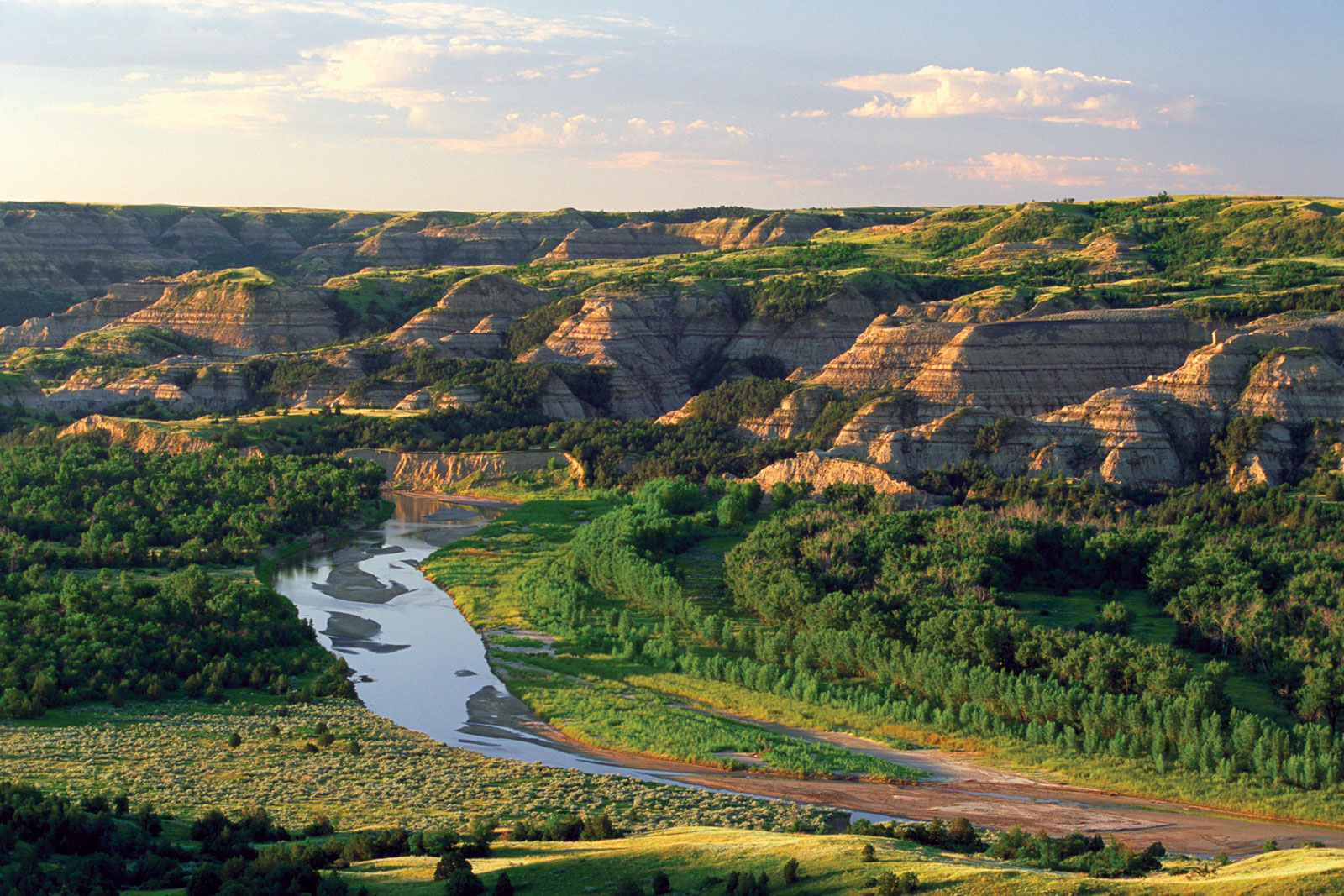 While roaming the South Unit’s middle section, travelers can take a peak of magnificent and picturesque views aside from the rich wildlife. For hiking enthusiasts, they can explore the 10-mile Petrified Forest Trail. They can also visit Elkhorn Ranch, Roosevelt’s home in the badlands situated 35 miles north of Medora. The less visited portion of the Theodore Roosevelt National Park is the North Unit, 70 miles north of Medora. If you want to take a breath taking view of the Little Misssouri River, go over the Oxbow Overlook.

For adventurers visiting the famous national park during summer, they can enjoy an overnight stay around Medora and go to the Pitchfork Fondue, an eclectic outdoor, cowboy-style, steak, and potatoes dinner cooked on a pitchfork also offering a stunning sunset view of the beautiful landscape.