From decadent chocolate, zesty beers to fluffy waffles, Belgium offers an ensemble of cultural attractions to entice travelers the world over. Among the plethora of allures, is the historically Belgian tradition of cultivating beautiful begonias. Every two years, the Belgian capital blooms with the scent of these beautiful flowers in a wonderful festival of flowers that draws visitors from around the world.

For three days in August next year, Brussels will be decorated with a spectacular carpet of about 700,000 blooming flowers in an awe-inspiring display of craft and color.  Put together in an astonishing four hours by over a hundred local gardeners with years of skill and experience, the flower carpet looks like a blossoming jigsaw puzzle. Every square meter is tightly packed with over 300 flowers, to make sure the display doesn’t get damaged by the wind. Laid out on the Brussel’s Grand Place, the temporary garden of about half a million plants, tends to create its own microclimate in the area.

In 2016, the festival will begin from the evening of August 11, with an opening ceremony of fireworks and light and music shows. The following day, the gardeners will descend upon Grand Place and get to work to create the carpet, which will then go on to bloom until the 15th. 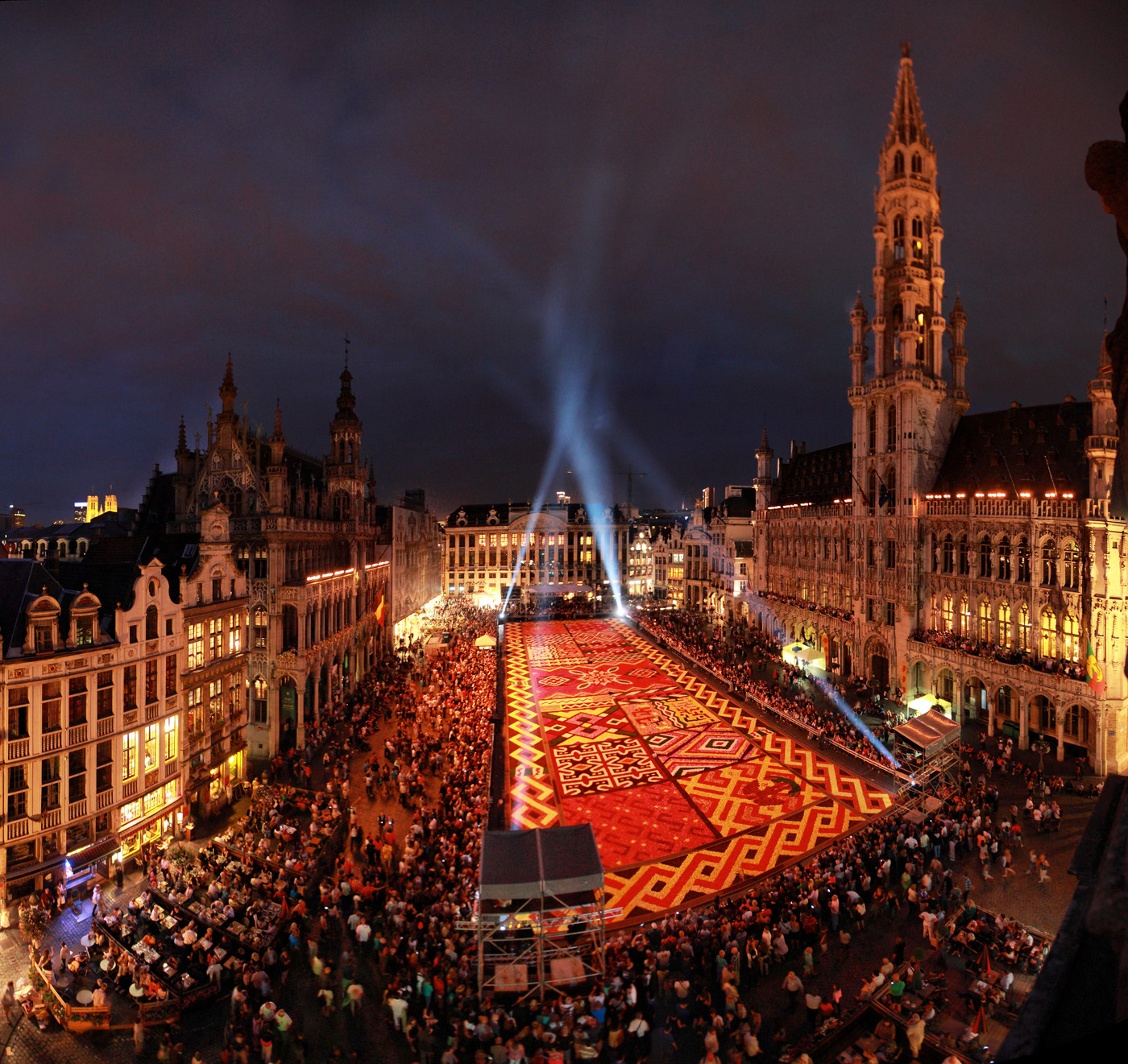 The carpet only takes four hours to lay down because of the meticulous planning that goes into it. A scaled model is created to calculate color arrangements based on a chosen theme that is decided over a year in advance. The theme is usually based on historical events or on a particular town’s coat of arms. The outlines for the layout is drawn on the ground on the day before the festival begins.

Begonias have been a part of Belgium’s gardens and the commercial flower industry for a long time. These beautiful flowers are native to the West Indies, but have made their foray into commercial cultivation in the Ghent region of Belgium since the late 19th century. The country’s is credited with being the world’s largest producer of begonias, growing a 60 million tubers each year. Such an astounding display of flowers in the festival is the result of Belgium’s historical success with begonias.

For years, many towns in Belgium have had their own flower festivals where local gardeners would create their own version of a flower carpet, the first official Floral Carpet was created in 1971 on the Grand-Palace. The towering architectural masterpieces surrounding the plaza, perfectly frame the unique carpet and the host of vibrant events that take place during the festival. The perfect occasion to witness all the different shades of Brussels!