The blue marble that we know to be our home planet is an extraordinaire work of nature ensconcing treasures of exceeding interest. Nature’s miracles in the form of flora and fauna, the sky dome and the earth beneath, the salt flats and the mirroring sky, the Sahara sands and the tallest elevations, the twirling ravines and crater pools have marveled minds and souls since time immemorial. Even after hundreds of years of urban warming, the world looks hypnotically grandiose, if possible even more. 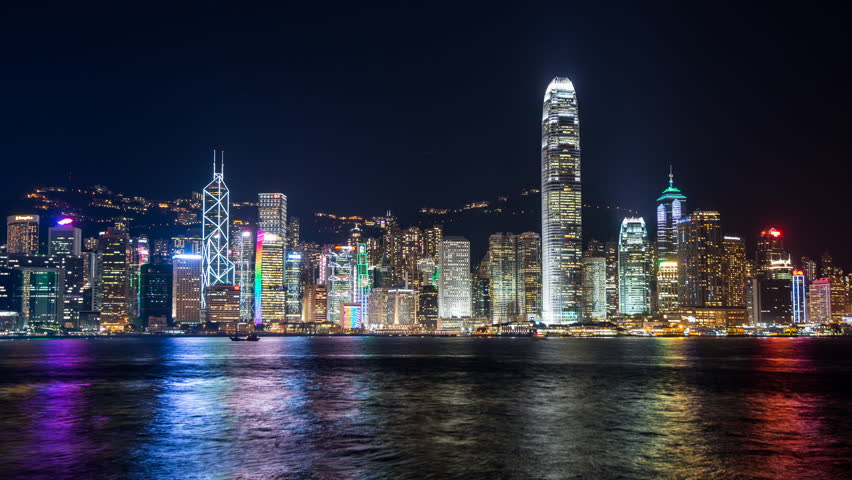 Concretization hasn’t really inflicted a levy on the pristine beauty of nature, something that is evident from China’s Victoria Bay. As you gaze up from behind the handrails of the harbour, the spectacle that transpires before you is one of the metropolis’s shows of exceptional magnanimity. Phenomenally popular among nature’s treasure vultures and footloose solo journeyers, the Hong Kong Skyline is dazzling show of lights and sights.

The skyline from the Victoria waterfront is bordered with the elevations of a spectrum of buildings. Taking advantage of the nightly glamour of the vista, Hong Kong tourism organizes a multimedia show, marketed as the “Symphony of Lights”.

Conjuring a colored laser show through 40 buildings dotting the horizon on either sides of the harbor, Hong Kong offers its visitors a visual experience of a lifetime. The show is a sequence of thematic episodes. 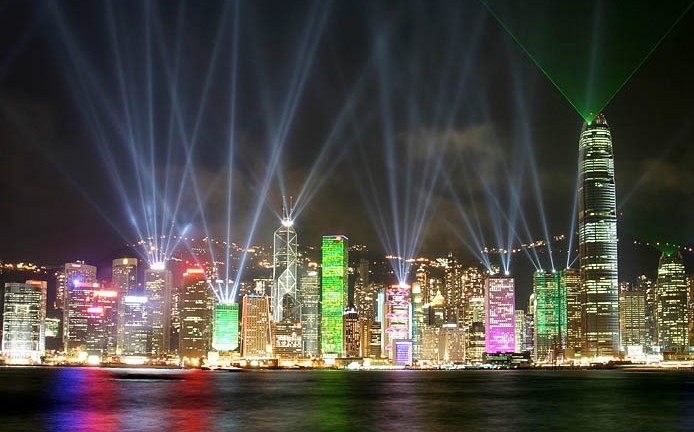 Awakening is the first stage followed by Energy when the light dance is electrifying. Heritage and Partnership come next and then the grand finale, called Celebration. It is free for anybody visiting the city with no tickets required.

The audio version of the show is broadcasted on a nocturnal live music and narrative show at the Tsim Sha Tsui waterfront. The waterfront stands between the Cultural Center and Avenue of Stars and the Wan Chai’s Golden Bauhinia Square.

The live music and narration show is aired in three languages. The English version of the show can be caught on every alternate day of the week, starting on Monday. It is also broadcasted in Chinese radio station FM 103.4 MHz, or can even be heard at the hotline number. It starts at 8 PM and runs for about 13 minutes.

Hong Kong skyline can be seen clearly from the Victoria bay area. If you still want a better vantage position, then you have three options with different travel routes. The promenade in Tsim Sha Tsui is the first and most obvious choice of location. The Golden Bauhinia Square in MTR Wah Chai Station is another point of view.

The Victoria Peak is a strategically posited point to get a clear view of the skyline. Alternately, a better experience is to take a boat or cruise ride in the bay water of the harbor and watch the show on the move.

The city of Hong Kong boasts of another skyline apart of the one at the Victoria Harbor. If you are in the city, do not miss the Kowloon’s skyline which is right across and growing popular.